The AISSE and AISSCE batches of 2022 were invited by the school along with their parents for a Blessing Ceremony on 23rd April 2022. The programme for Grade X began with the chanting of a shloka by Mrs. Saugata Banerjee, the Middle School Coordinator which was followed by a divine rendition of the hymn, ‘ May the good Lord bless and keep you,’ by Diganta Narayan Choudhury, Papiya Das Mitra and Tanusree Sarkar,the music faculty of the school. Thereafter the traditional lighting of the lamp was held by the Principal, Vice Principal and Secondary Coordinator along with the Class Teachers of the outgoing batch. Following the instructions received from CBSE, the Director Mrs. Amita Prasad prayed with the students, teachers and parents respectively. The ceremony ended with the rendition of a beautiful prayer song and the school song. The distribution of admit cards to the students was held thereafter.
The ceremony for Grade XII saw the lamp being lit by the outgoing Student Council. The Director led all in prayer after the rendition of the hymn by the music faculty . The Head Girl Anvesha Abhishek Kumar addressed the gathering on behalf of the school leaving batch. The programme followed with the instructions given by CBSE and ended with the rendition of a prayer song and the school song. 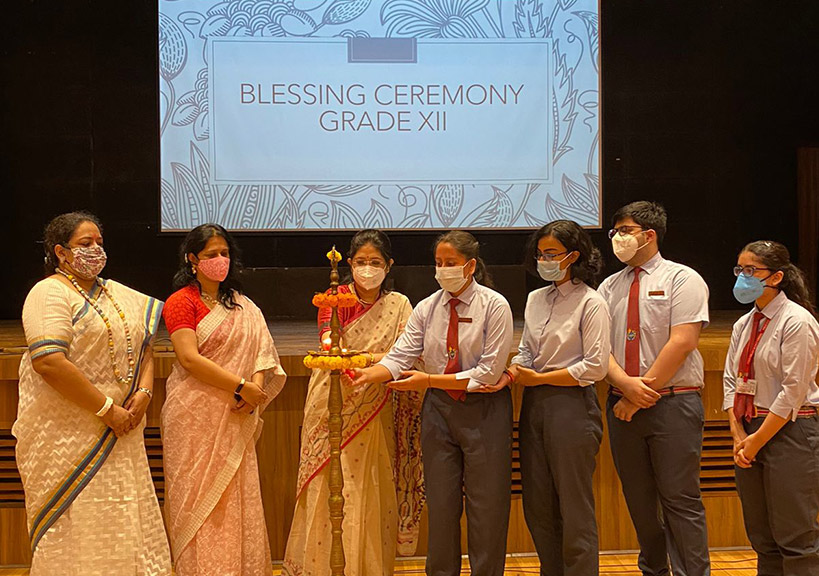 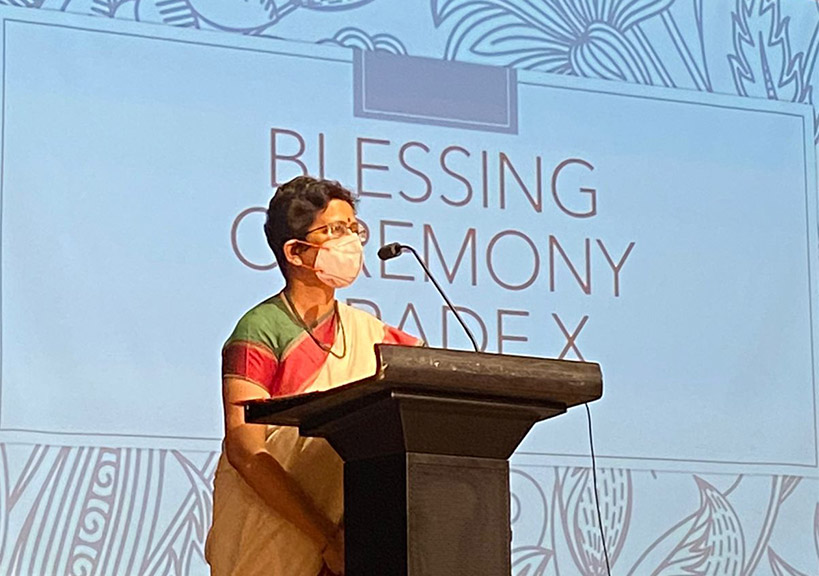 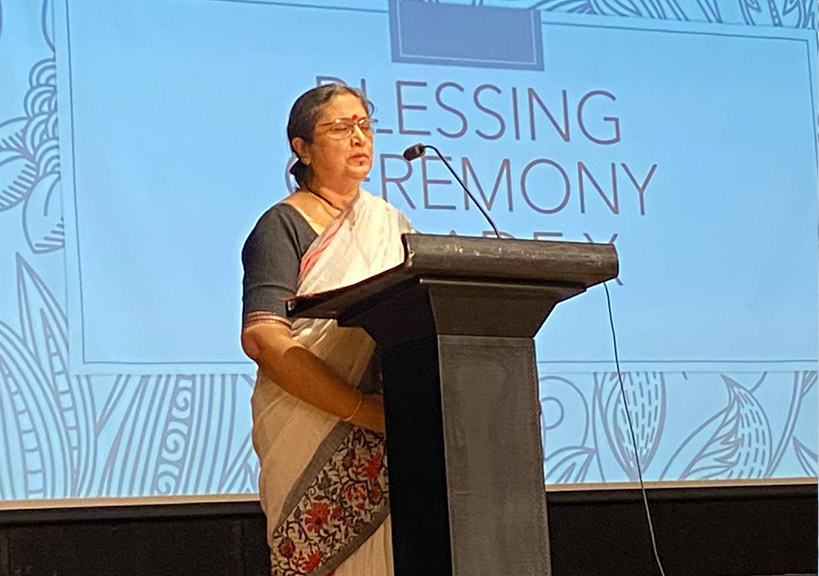 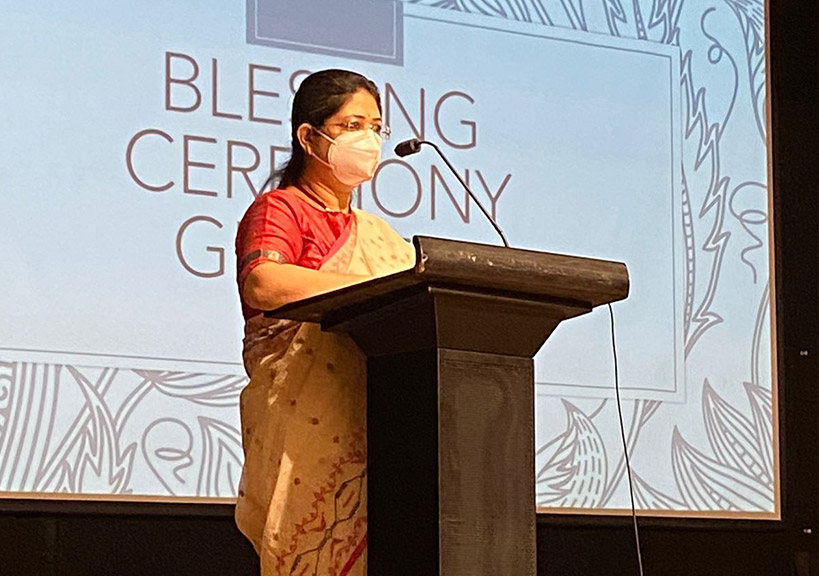 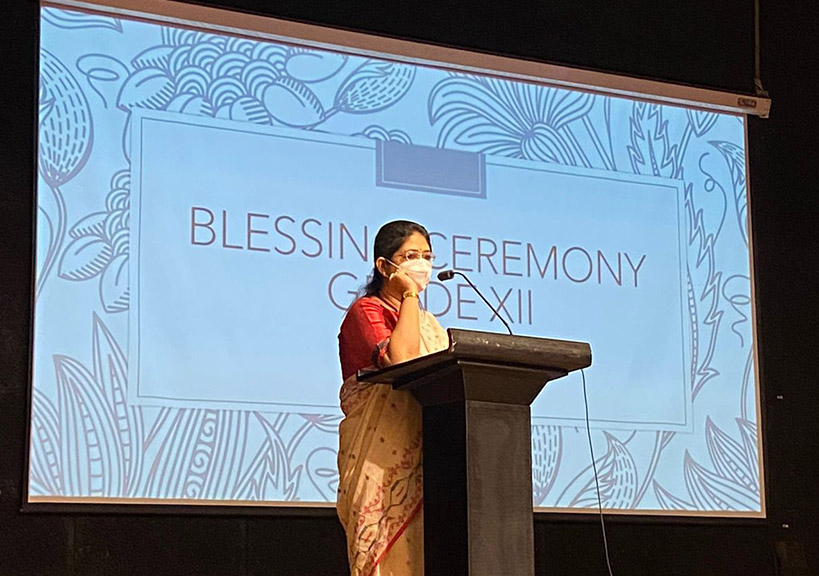 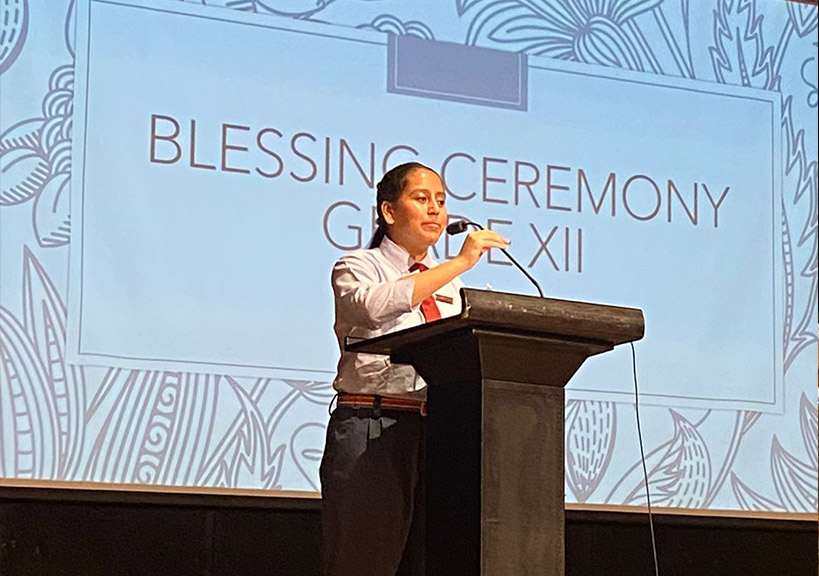 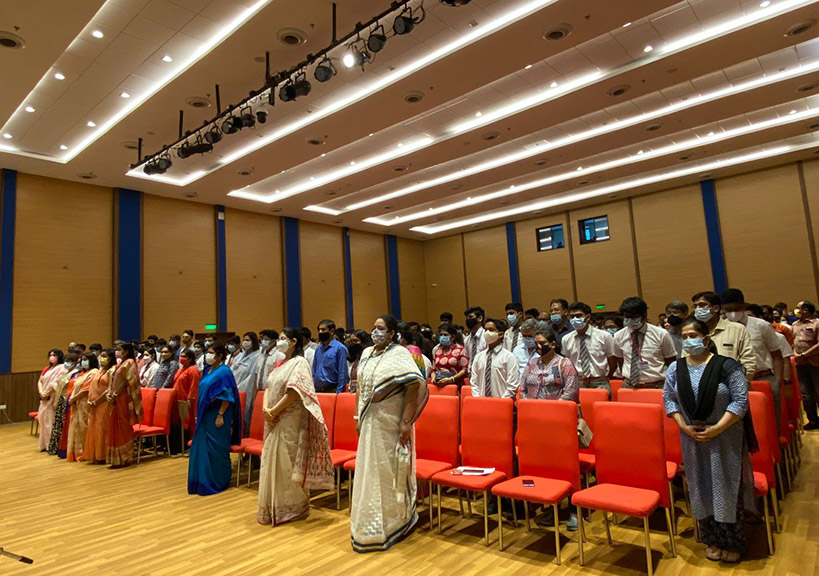 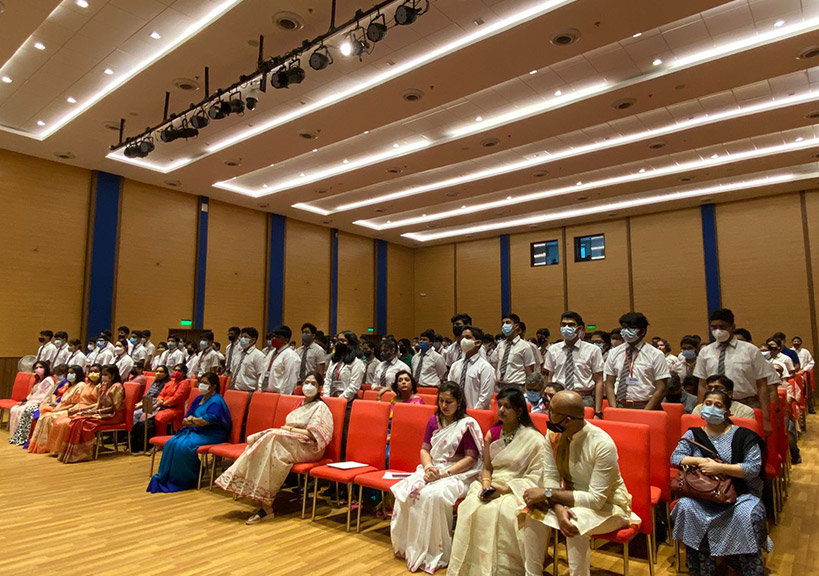 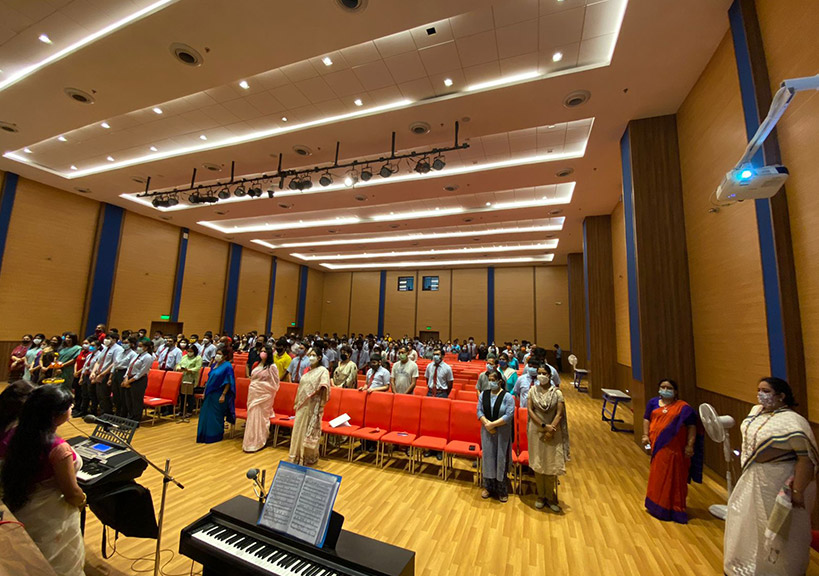